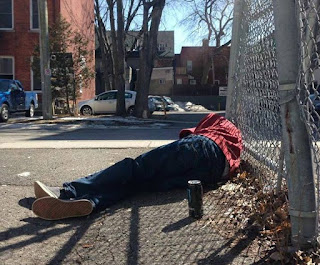 As if illegal narcotics aren’t bad enough in and of themselves, some occult investigators in New York City are claiming the drugs are becoming stronger and more addictive due to evil spells being cast upon them before they hit the streets.

New York state chaplain and occult authority Marcos Quinones recently said in an interview, “Many drug traffickers practice forms of the occult. They incorporate voodoo or black magic that gives them the power to succeed. It makes the product more powerful and creates a stronger addict. In essence, they’re doubling the curse the drugs cause anyway.”

It might be doubling more than just the drug’s effects.

Many exorcists believe that drug use, in addition to other vices, can act as a gateway for demonic activity. Father Vincent Lambert, an exorcist in Indianapolis who recently chased a demon out of a parishioner who was cursed by his girlfriend’s mother, is adamant about this: “We’re in a fight with drugs, the occult, pornography. This is an entry point for evil and we need to take these souls back.”

Quinones feels the same way, noting that he has seen an increase in demonic activity in New York’s five boroughs and attributes it directly to the black magic and voodoo the drug dealers and other criminals are practicing. Some are followers of the death idol Santa Muerte and ask for the robed skeleton’s “blessing” on their products as they recite incantations over the soon-to-be-released drugs.

Dangerous stuff indeed. Once more, kind readers, I remind you to keep yourselves safe in this new year and always -- in body, mind, and spirit.